The Bagatti Valsecchi Museum again hosts contemporary photography. The art of Jacques Henri Lartigue will be the protagonist of a small, but important, international exhibit from September 29 to November 26, 2017. Curated by Angela Madesani, the exhibit recounts the French photographer through his photos.

Thirty-three images, both vintage and modern print, narrate the life of the French upper bourgeoisie beginning in La Belle Epoque: family, trips, intellectuals, the passion for car racing, and VIPs from Pablo Picasso to Jean Cocteau who impacted the history of the early 20th century. The exhibit presents original materials coming from the “Jacques Henri Lartique Donation,” and constitutes a rare opportunity to know and divulge the research of this artist whose works are preserved in the permanent collections of such museums as the Galeries Nationales del Grand Palais of Paris.

The importance of Lartigue’s work isn’t only photographical, rather, it’s much bigger, culturally. His images offer a portrait of a French high society of undeniable allure, which also was very near to the rites and habits of the international aristocracy of the day, to which the Bagatti Valsecchi brothers belonged.

The atmosphere is that of Proust’s Search: beaches, horse racing tracks, and high society events. Emotions, iconographical ties and much more emerge, connecting the viewer to a world of days gone by.

Painter and photographer, Jacques Henri Lartigue (Courbevoie 1894 – Nice 1986) revealed clearly in his diaries what had pushed him to photograph: the desire to freeze happy images and moments that the flow of time inevitably carries away. And he did it his whole entire life, writing and photographing his world. At 70, he was finally recognized as a great photographer, with his first one-man exhibit at MoMA of New York.

A catalogue edited by Scalpendi accompanies the exhibit.
Images: Courtesy of The CLAIR Gallery, Saint-Paul-de-Vence (FR). 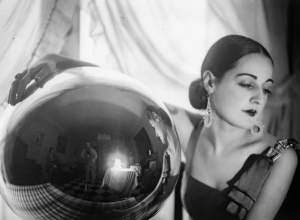